You could work for Amazon in your PJs.
USA TODAY 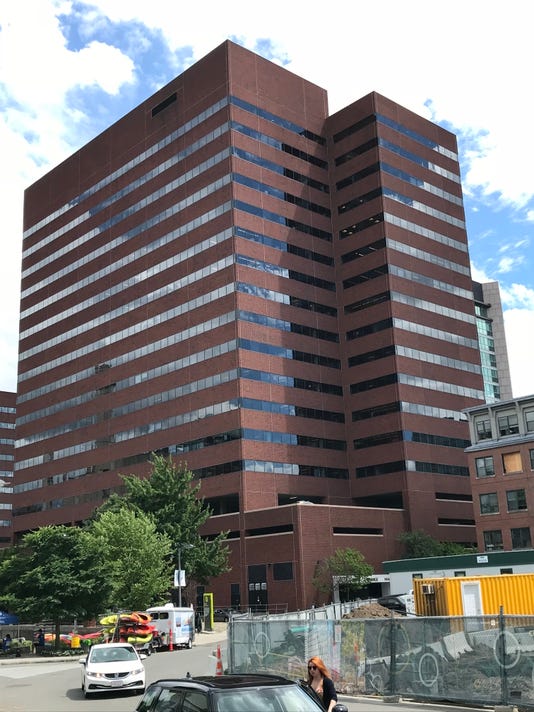 BOSTON – Amazon isn’t just a Seattle company anymore, and a visit to its offices in this university city explains why.

Here, in an old Necco wafer candy factory in the formerly industrial neighborhood of Fort Point, Rohit Prasad oversees 1,200 workers developing Alexa, the company’s digital assistant. Walls made out of shipping containers, a playful nod to Amazon’s main business, and exposed brick echo the urban tech vibe of its Seattle headquarters. Teams of scientists and engineers work on the speech recognition and artificial intelligence that allows customers to interact with Alexa.

Amazon’s Boston hub is growing — executives predict its tech and managerial workers will increase to at least 3,200 in the next five years. Most of those tech jobs pay more than $100,000, according to Glassdoor.com. And Boston is far from the only city where Amazon’s footprint has quietly expanded.

A break space inside the Amazon office building at 27 Melcher St. in Boston, which houses some of the 1,200 Amazon corporate staff who work in the greater Boston area. The newly refurbished building was formerly a Necco wafer candy factory. Amazon was founded in 1994. (Photo: Elizabeth Weise)

More than a quarter of Amazon’s U.S. tech and managerial workers are not based in Seattle. The company has 17 North American tech hubs with a total staff count of at least 17,500, a reflection of the tech expertise that’s grown up in specific areas and the reality that not everyone wants or can live in Seattle. Amazon’s New York offices focus on fashion and publishing, for instance, while its Los Angeles hub concentrates on video and gaming.

More: Does Amazon already have a tech hub in your city? Check here

There’s one reason for all this decentralization – Amazon is engaged in a knock-down, drag-out fight for tech talent.

“In this day and age, you can’t be stuck in one city,” said Prasad, Amazon’s head scientist for the Alexa team, which extends to Seattle, Pittsburgh, Gdansk, Poland, and the San Francisco Bay Area. “I can’t hire enough engineers in my area to do the heavy lifting. We have to go where the talent is.”

This dispersed growth could soften the blow for the 19 cities that stand to lose their bid for Amazon’s much-heralded second headquarters. Dubbed HQ2, the promised 50,000 high-tech jobs and $5 billion investment set off a fierce competition between Boston, Los Angeles, Washington, D.C., Atlanta and more than 200 other cities. Amazon has narrowed the potential winners to 20 and is expected to announce the finalist later this year.

Yet the e-retailer’s hiring binge over the last few years shows that even those cities that lose the bid for the second headquarters could keep reeling in these high-paid tech jobs. And they could do so without offering controversial tax breaks.

“Amazon is smart to say that not everyone needs to live in Seattle or New York or Boston,” said Joseph Parilla, a fellow at the Brookings Institution’s Metropolitan Policy Program.

The decentralization of Amazon’s high-tech workforce is happening across tech, at companies like Google, Microsoft and Facebook — but it’s particularly pronounced at Amazon.

Upwards of 28 percent of Amazon’s corporate staff in North America work hundreds and often thousands of miles from its soggy Seattle home. And it’s not confined to the United States and Canada. Amazon has 16 smaller tech hubs across Europe, as well as one in Israel, another in Johannesburg, four in India, one in Japan and one in China.

For a company that has been hiring an average of 100 people a day across the globe for the last five years, there was no choice but to look outside Seattle, whose current population is 724,000.

“In previous tech cycles,  (tech companies) basically expected everyone to come to them. But given the competitive situation today and how expansive the tech industry has become, tech employers have to go far and wide to markets that are producing tech talent,” said Colin Yasukochi, director of research and analysis for CBRE, a commercial real estate firm that analyzes hiring trends for tech talent.

As of June, Amazon had 45,000 workers in Seattle and 17,500 at its North American tech hubs, a number the company says will rise to more than 26,000 within the next three to five years. Those are what it calls corporate workers, separate from the tens of thousands of lower-paid staff the company employs in what it calls fulfillment, at its dozens of warehouses across North America.

This push to decentralize is not uncommon. Large companies almost always have multiple locations in the United States and globally, said Enrico Moretti, a professor of urban economics at the University of California-Berkeley who has written extensively on what he dubs “brain hubs.”

“It’s been going on for decades. Finance in the 1960s was all in Manhattan. Now if you call for customer service, you’ll be talking not to New York but to Denver or Salt Lake City or even the Philippines,” he said.

What’s different about Amazon’s push is that it’s hiring high-level jobs in satellite offices, while those typically have tended to stay concentrated at headquarters.

Next on the list is the Washington, D.C., area, which has 2,500 Amazon corporate staff. And then New York City, which has 1,800 and which Amazon says will ratchet up to 3,800 within five years.

The Boston hub was launched in 2012 when a single employee, Michael Touloumtzis, was sent out to “plant the flag,” in his words.

Amazon was realizing that no matter how much it offered, it simply couldn’t attract everyone it wanted or needed. Tech talent wanted to work for Amazon, but not enough to live 3,000 miles away from grandma.

“It’s about where your family is. How old your kids are. Do you want to pull them out of school?” Touloumtzis, now head of human resources engineering at Amazon and site leader for its Boston Tech Hub. For example, he has found Europeans like being based in Boston because it’s only a six-hour flight home, compared with more than nine from Seattle.

With its more than 35 colleges and universities, including tech giants MIT and Northeastern University, the Boston area produces workers with the type of skills Amazon wants. It’s also the hardest place to get people to leave.

Amazon has openings for 140 software developers, 38 research scientists and 35 machine learning scientists in the Boston area.

The talent is everywhere. Prasad said he has never had a new site that didn’t work. “Once a team starts somewhere, other people want to follow.”

More: Amazon second headquarters: some expect another round of finalists before winning bid

More: Want to work for Amazon? Now you can do it from home as company seeks 200 virtual workers